A long-standing practice within the legal community has been curtailed with a decision from the Trump Administration to end the American Bar Association’s unofficial role in the vetting of judicial candidates for federal judgeships. In a March 17th letter to ABA President Linda Klein, White House Counsel notified the group that its input will no longer be solicited during the evaluation process.

As reported in a New York Times article, the letter stated in part “Like previous administrations, we will release information regarding each nominee in a manner that provides equal access to all interested groups. But we do not intend to give any professional organizations special access to our nominees.”

Not surprisingly, reaction to the news generally split along party lines. With more than 100 vacant federal vacancies, much is at stake as President Trump takes up the task of nominating judicial candidates. Supporters of the administration’s actions allege that the ABA tends to favor Democratic nominees in its evaluations. Klein denies this accusation, stating in her response that the ABA has conducted “an objective, nonpartisan review of the professional competence, integrity and judicial temperament of those who would have lifetime appointments to our federal courts.”

The ABA first became a part of the federal judgeship vetting process in 1953, when President Eisenhower invited the organization to evaluate the professional qualifications of potential nominees. Since that time, the ABA’s Standing Committee on the Federal Judiciary has conducted pre-nomination or post-nomination evaluations of all Article III and IV judicial nominees. To make its recommendations, the Committee considers the following criteria:

In concluding her statement about this White House development, Klein stated that the ABA  “will continue to provide its objective evaluations to the Senate Judiciary Committee as part of the judicial confirmation process.” 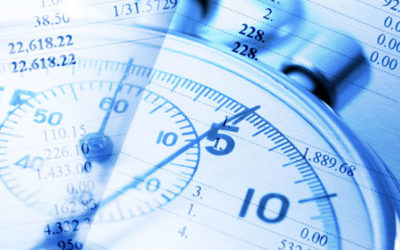 Tip of the Week: View Billable, Non-billable, and No-charge Time on the Calendar Will Law Firm Management Changes Return to Normal in a Post-COVID Environment?